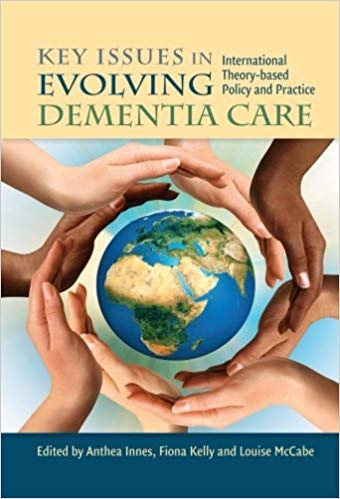 As its title implies, this book looks at key issues in dementia care. The issues are such that the book has a wide range of topics to cover such as national planning, medication and the development of memory clinics. It is also global in scope in that a number of countries are referred to including very small ones (such as Malta) and very large ones in terms of both area (Australia, Canada) and population ( India). There is quite a lot about the United Kingdom where most of the authors are based but its neighbour, France, is also included. It is therefore not surprising that the authors are from different countries and bring differing perspectives to bear on the issues being looked at. Some are academics while authors are more directly involved in management at various levels.

I found it refreshing that a number of chapters contain case studies to amplify what is being discussed. For example, environmental design in Australia is not just viewed as a tool for the treatment of dementia but also reflects how one individual named Dulcie relates to her surroundings. In the case of India, we read about the issues facing care givers in families which are radically dispersed, where families are divided by some members living in India and others in the USA.

One important feature of the book is that we are given some very relevant information about the policies adopted in the different countries but also about how policies are themselves developed by, for example, the participation of stakeholders. A particularly good example is the chapter on Canada which is written by a senior person in government who was directly involved n policy development.

Another benefit of the book is that it includes a great deal of data about a number of issues, some of it derives from official sources but some is the result of independent research drawing on various journals and other publications.

It was published in 2012 but many of the issues it deals with are current concerns which are even more pressing at this juncture. It is a very important contribution to the literature on dementia.

The book can be obtained from DementiaSA. It is priced at R350.