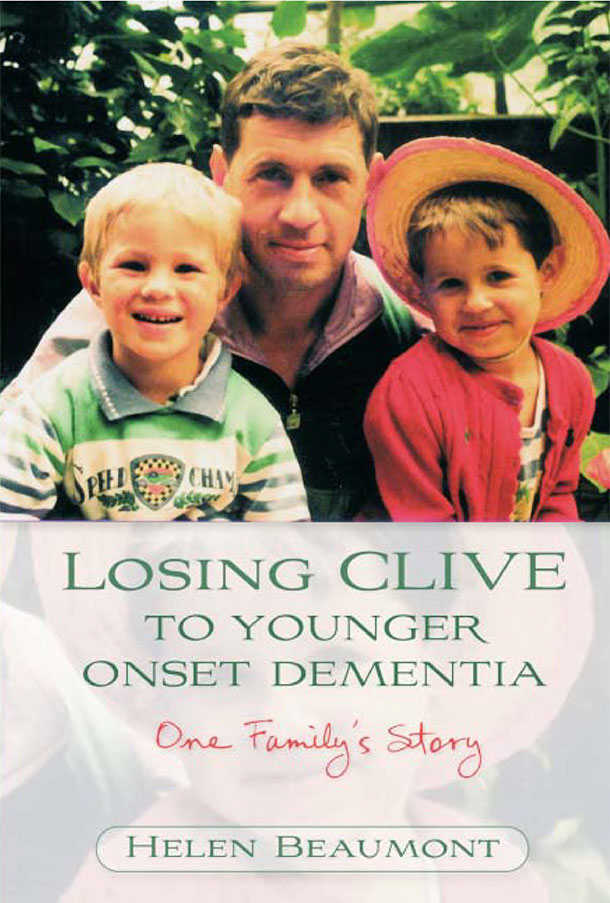 This is an excellent biography, written by the widow of a victim of younger onset dementia. It traces the life of Clive Beaumont, a British soldier and for most of his life physically very active, who died in his early 50s having experienced dementia for about six years. There are two inter-woven strands, one being the illness and its effects on the family, the other being support including the role of the state and other organisations.

The book describes the couple’s early days together leading up to the confusing and devastating diagnosis of what was termed at the time ‘pre-senile dementia’, a wording now replaced by younger onset dementia, a relatively rare form of the condition, as the author notes, but certainly not negligible. The story is rich in detailed accounts of particular incidents and episodes such as driving, short duration disappearances, confusion over travel plans and communication breakdowns. Particularly touching is the account we are given of the impact on the family (mainly the author and the two young children). The book tells us how, after his condition deteriorated, Clive spent the last part of his life apart from his family in nursing homes and the like.

The role of supporting organisations is critically examined. It takes into account the decisions made by the UK bureaucracy on various matters (e.g. financial and health services) and the importance of non-government sector bodies such as research teams and the Alzheimer’s Society. The author and some of her contacts launched a smaller version of such organisations known as the ‘Clive Project’ after his death. One is impressed by how much of this kind of support is available in the UK (far more than in South Africa), notwithstanding some notable shortcomings such as lack of support for affected children.

This is very much the type of work that we need to see in South Africa. There are plenty of such oral stories that are not being written up, but should be so that awareness can grow in the wider society.

The book is highly recommended.