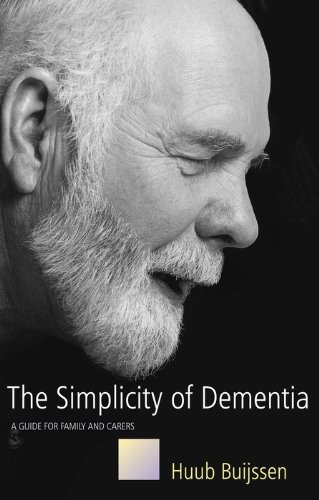 The Simplicity of Dementia: A guide for family and carers.

Although published some time ago, this book which was originally in Dutch, is a useful contribution to the literature on dementia. Don’t be confused by the title. It is by no means a simplistic account and is based on a great deal of reading, experience, professional involvement and reflection. The author has worked at a professional level as a psychologist with a special interest in ageing.

The book has been praised by reviewers in a number of publications. The title arises from his approach which is to avoid jargon where possible (this is in spite of his profession – we are told he is a psychogerontologist). More importantly he is at pains to explain as simply as possible how changes in memory functionality play a role in dementia. The book has the considerable merit of containing numerous quotations from interviews and discussions which were mainly conducted with carers. The book should be of particular interest to carers but also to others concerned at the growing seriousness of dementia throughout the world.